We made a playdough globe to find out where Antarctica is. We found out that it is at the bottom of the world in the South Pole. It is white because it is covered in snow and ice all year round.

We recieved a very special package through the post. It was from Oscar who is on holiday in Antarctica. What could it be? 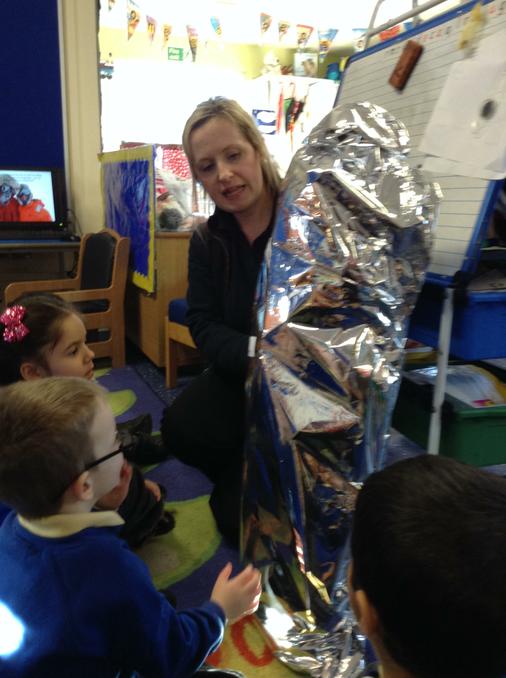 It was a penguin! 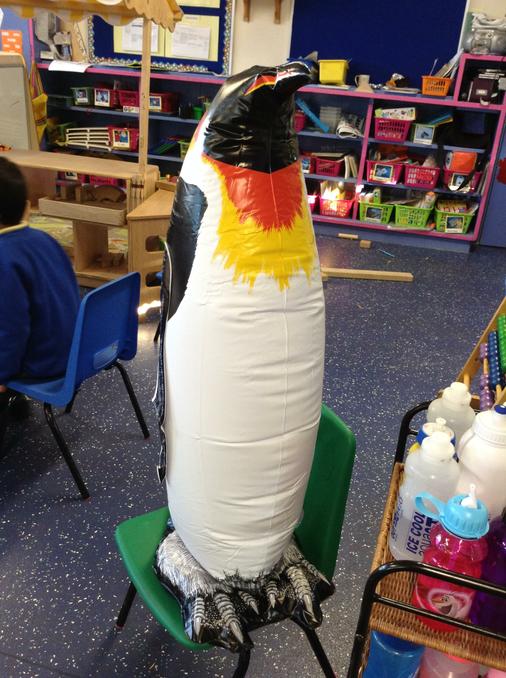 We love our new classmate! 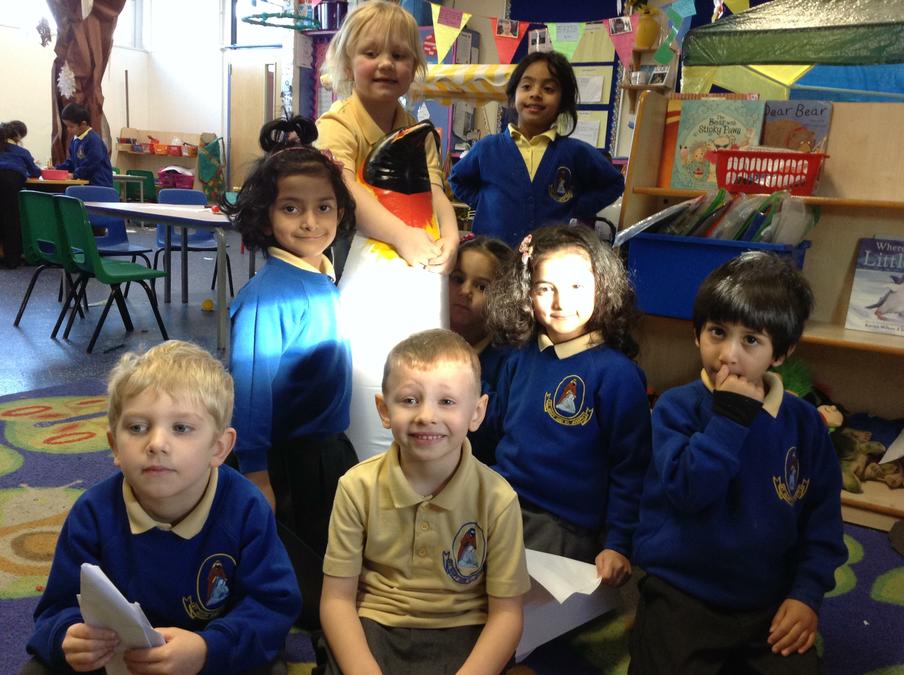 We found out that it is an Emperor penguin.  Penguins are birds but they cannot fly. In Antarctica the female Emperor penguin lays the egg and the male penguin looks after it.  He carries it on his feet and tucks it beneath his feathers to keep the egg warm.  He must never let it touch the ice. The female penguin walks a very long way to the ocean to catch some fish.  She carries them all the way back and feeds them to the baby chick once it has hatched out of the egg.

Use the website link below to find out more about penguins.  Ask your child to tell you about their favourite penguin.  There are 17 different kinds altogether. Mrs Addy likes the Chinstrap penguin because he looks like he is wearing a little hat!

We have been reading the story of Lost and Found by Oliver Jeffers.

To begin our new topic we listened to the story of Jack Frost. In the book Jack  made friends with a little boy and they shared lots of exciting experiences in the winter weather.

Strange things began to happen in our classroom! When we arrived one morning Mrs Holmes' chair, the computers and the carpet were full of frost. We decided that Jack Frost had been to visit us but we could not find him anywhere. We wrote sentences to say where we thought he could be hiding. Mrs Addy read our ideas and then she searched all around school. She found him...

We asked Jack Frost lots of questions. We found out about icicles, ice and frost and how seasons change. Before he left we gave him some ice cream to cool him down!

We used all of our senses to explore a variety of white objects. 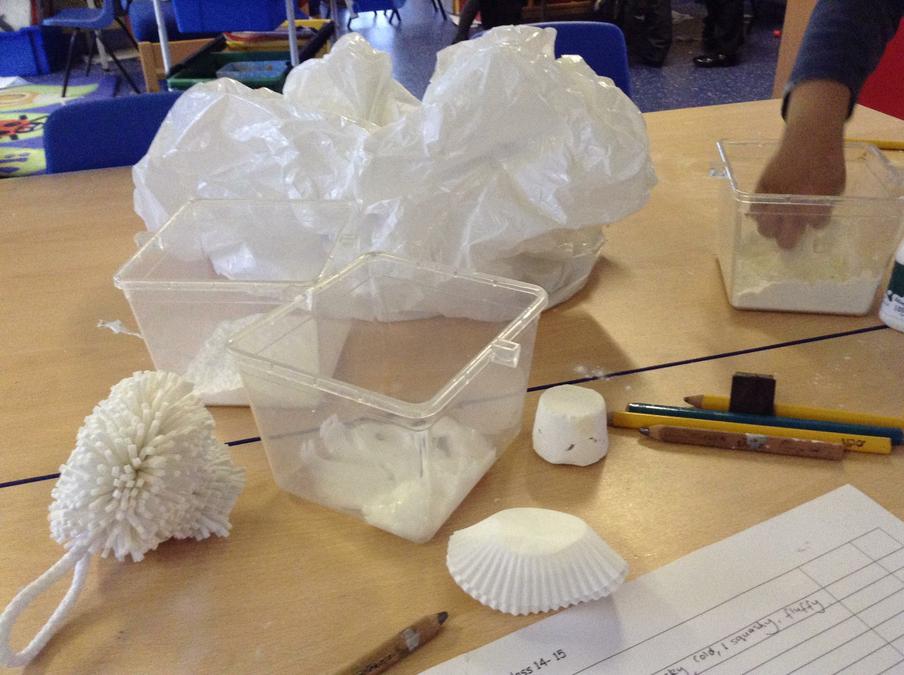 We discussed how they looked, felt, smelt and how some tasted. We were able to compare how objects were similar and different and talk about which we liked and why. Mrs Mayet liked the powdery icing sugar the best because it smelt sweet and tasty!

Why not make a collection of white things from around your home. Use your senses to find out about them and write some good describing words!

We had so much fun in the snow! We wish it could snow everyday!

We mixed blue paint with white and black to create dark and light shades. We then ran watery black paint around our paintings in different directions to create winter trees. 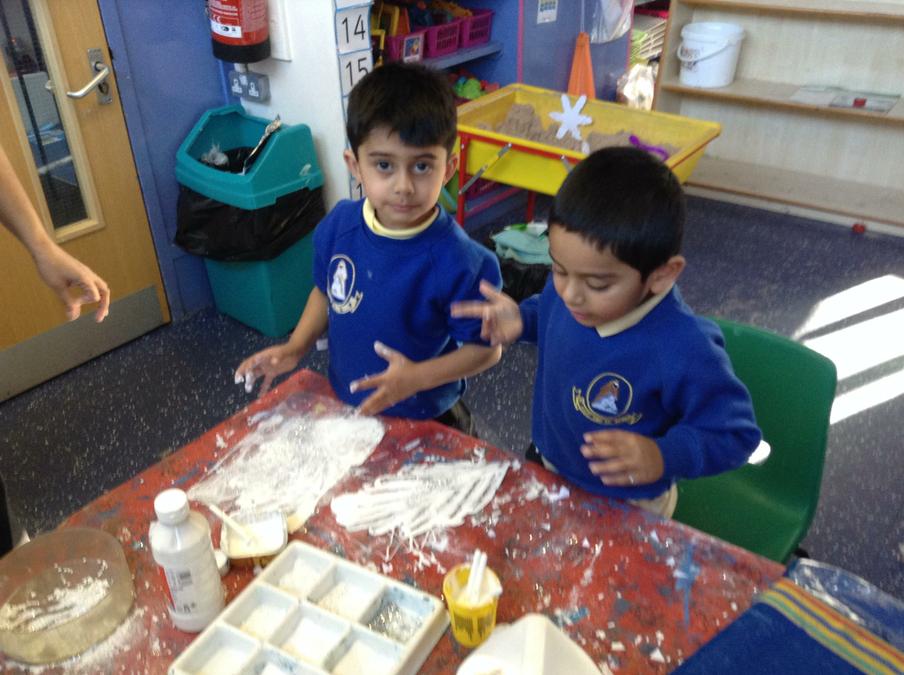 Oscar Bear came to visit us. He showed us a photograph of where he was going on holiday. It looked very cold and icy. He brought his suitcase and lots of clothes and items for his journey. We helped him to pack his suitcase with all the things he would need for his holiday to Antarctica.

We packed lots of clothes which would keep Oscar warm and some clothes and boots which are waterproof to keep him dry. We also packed foods to warm him up in the freezing cold weather.

We can't wait to recieve a postcard from Oscar and find out all about Antarctica!