Thank you to the parents, grandparents, aunts and uncles of the 'Astronaut' and  'Alien'  groups who have joined us for our parent information sessions.  We know from  your comments that you have enjoyed looking through  the children's  wonderful work, and talking to the class teacher about their progress  and targets.  If you have not been  into school yet for this important session your invitation will be on its way before the end  of this half term.

Click on the link below to find out more about SPACE!

Wow! What a surprise Year One had on a windy Thursday

afternoon.   Mrs Bolton rushed in with news that a strange sight had been

captured on the CCTV camera.  They dashed out to find evidence that something very

strange indeed had happened!  The wreckage of a 'Spacecraft'  was found.

We decided it must have crashed into a tree in the infant playground. 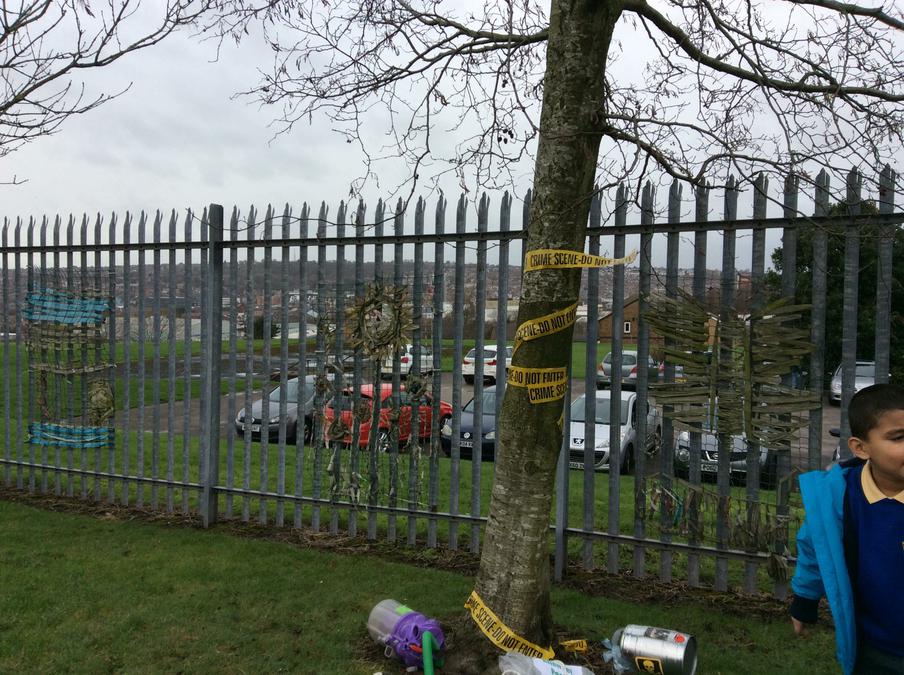 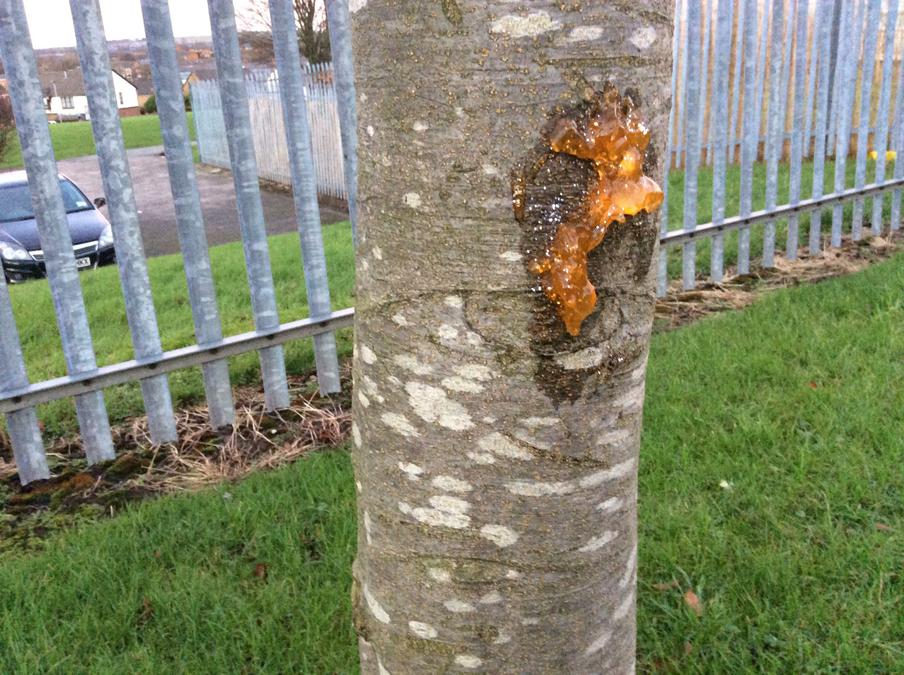 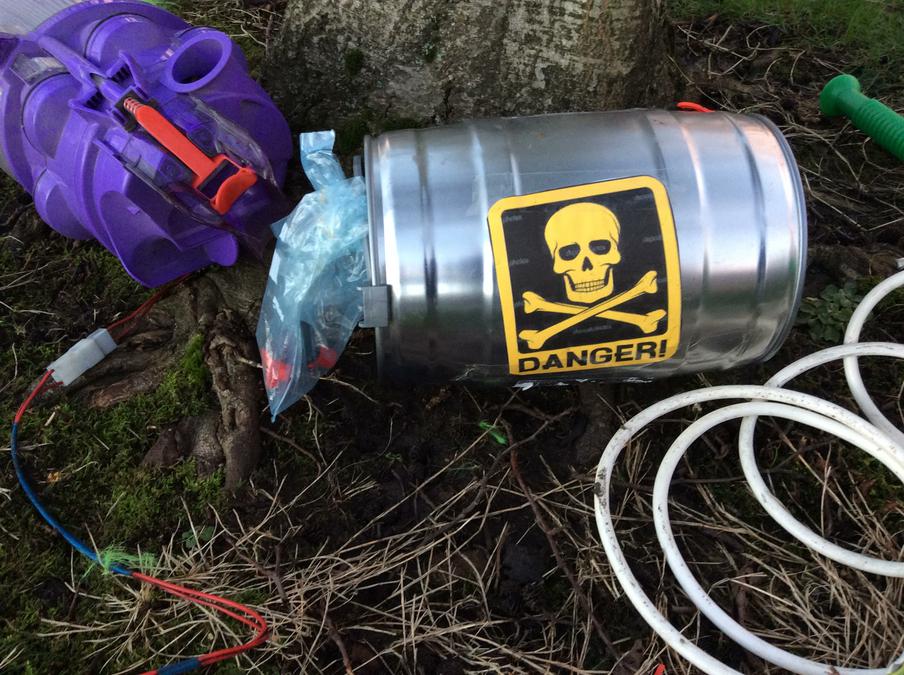 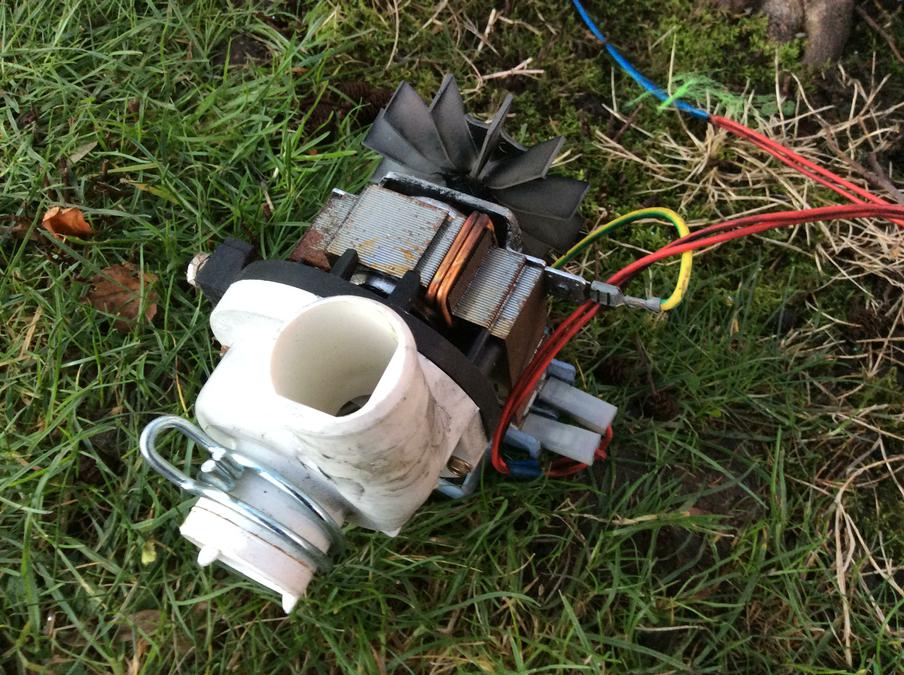 We interviewed staff to see if anyone had noticed

anything  unusual that afternoon.  Mrs Mayat told us

green climb up into the tree next to where we found the crash site.

We looked at the evidence ... 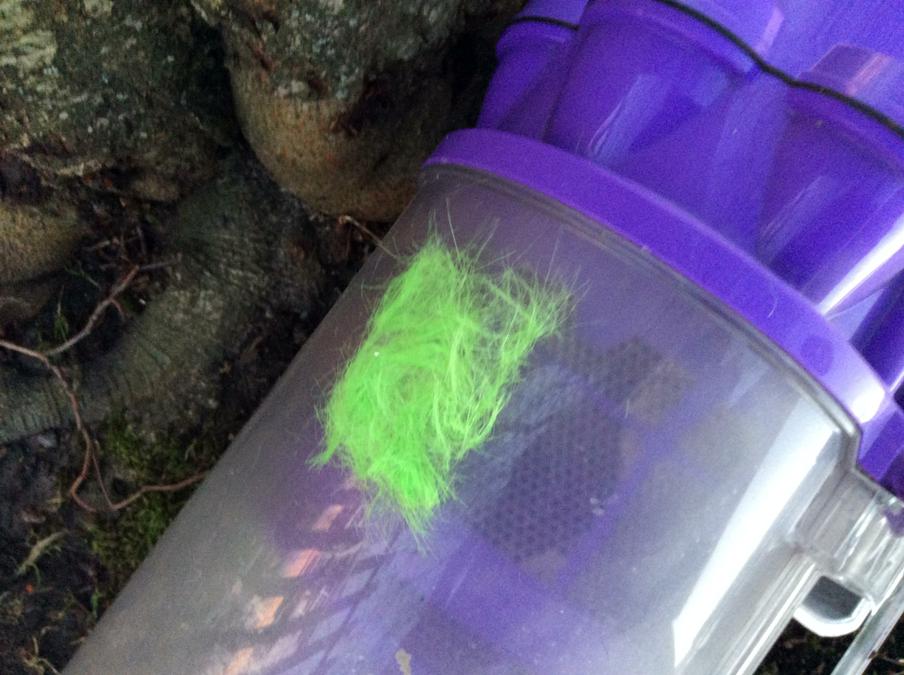 'Missing' posters to put up around school.  We also wrote captions to match

photographs taken at the scene.

In our history lesson this week we learnt about the first men to walk on the moon.  Neil    Armstrong and Buzz Aldrin landed on the

moon on the 20th July 1969.  We thought about how long ago this was and    discovered it was  when Mrs Ramsden was  a little girl! 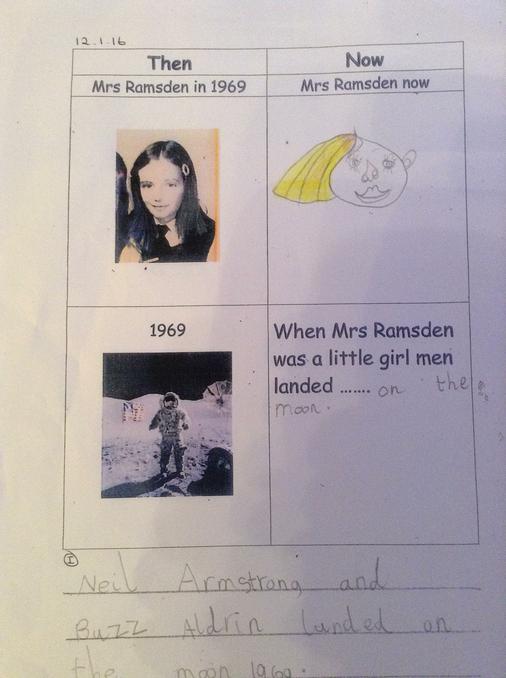 We looked at self-portraits created by famous artists.  We then drew our own

'Space Style' self-portraits! Using mirrors to check our features were in the right places! 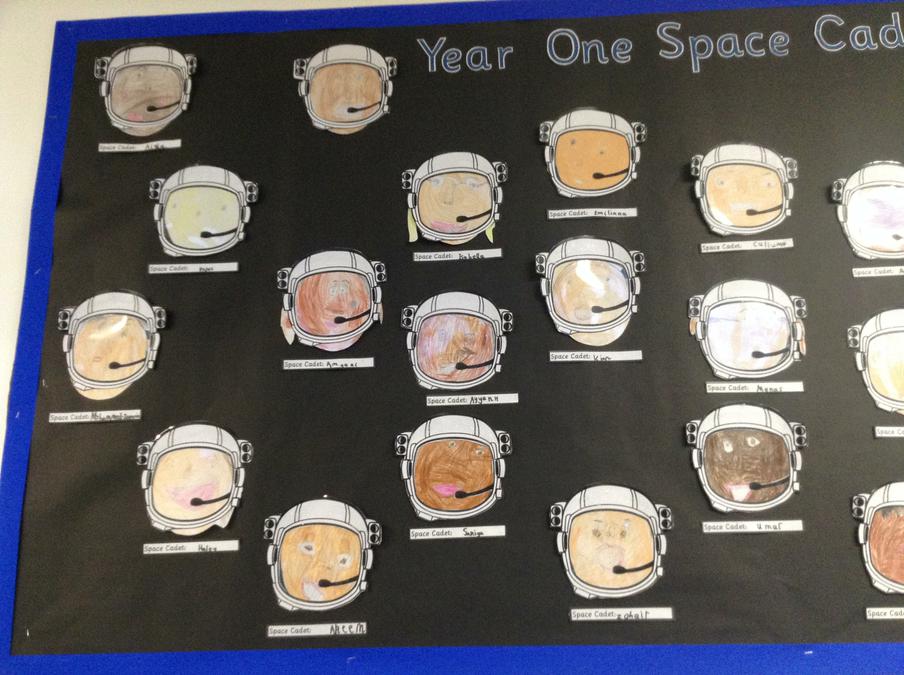 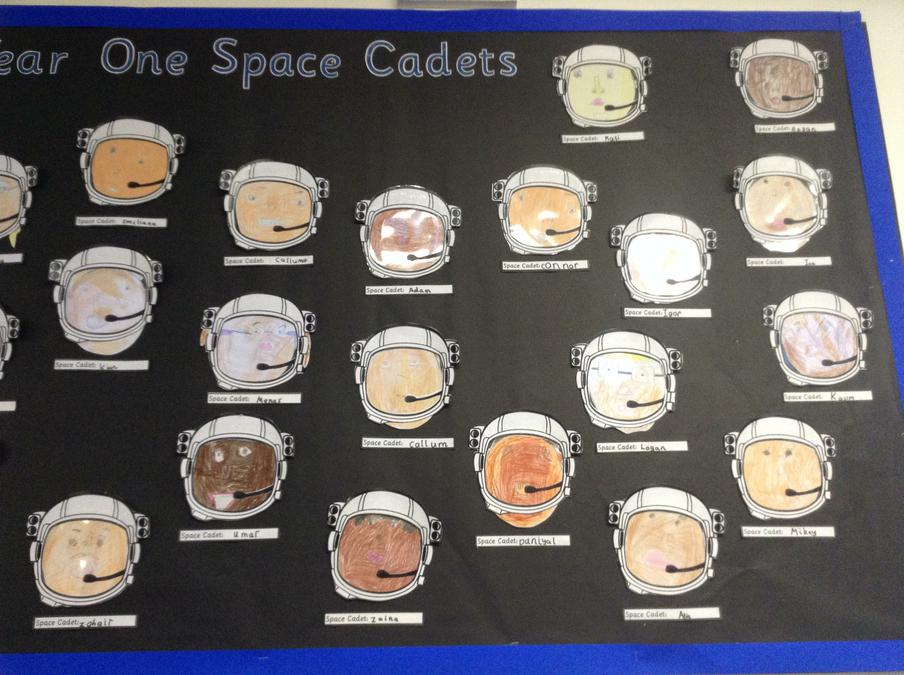 In our science lesson this week we investigated the materials we found at the scene of  the space crash.  We used our senses of sight and touch to describe what each material looked and felt like. 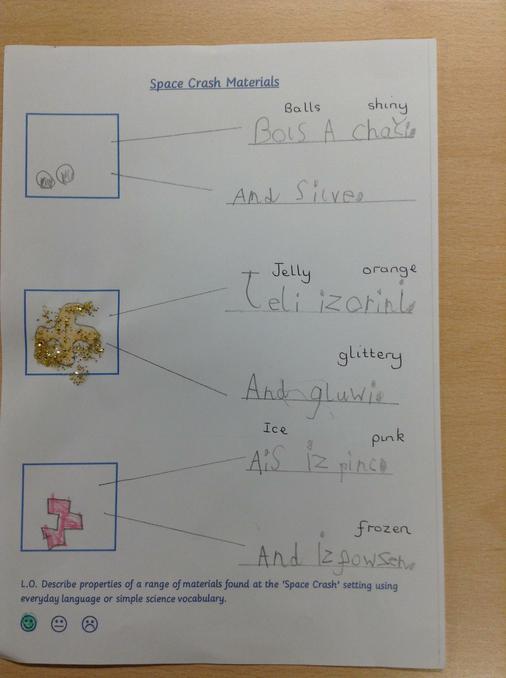 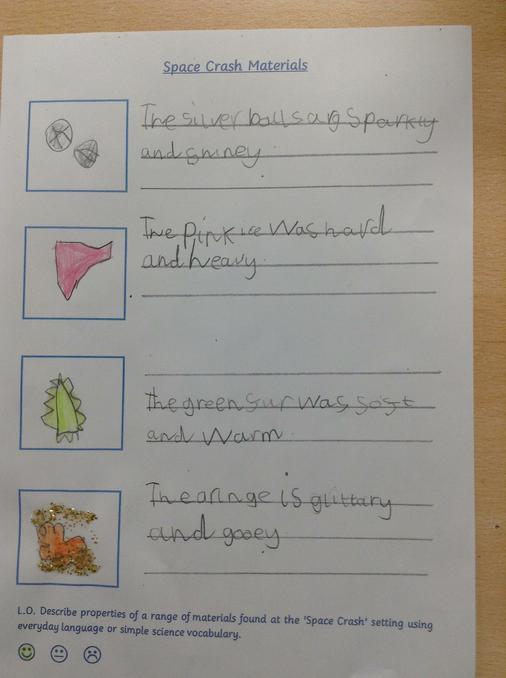 We enjoyed creating our own aliens using Paint.net in our        computing lessons and then setting them onto a background of 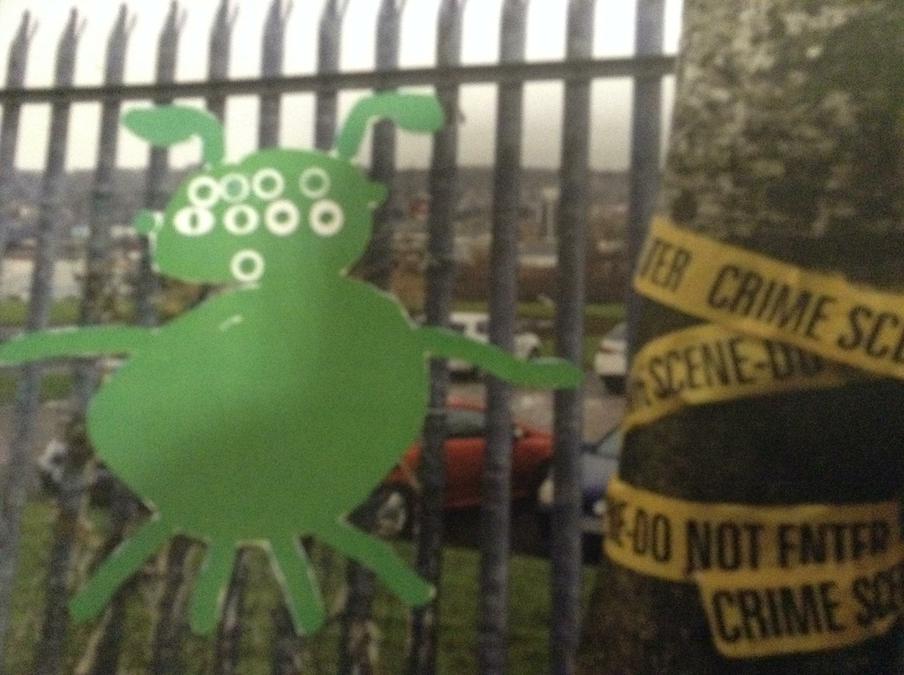 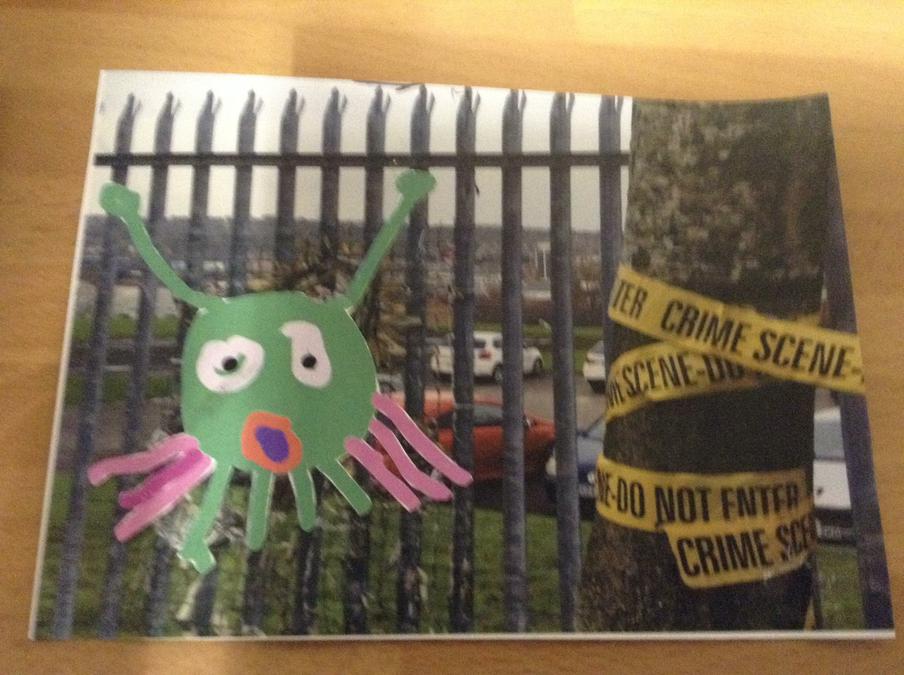 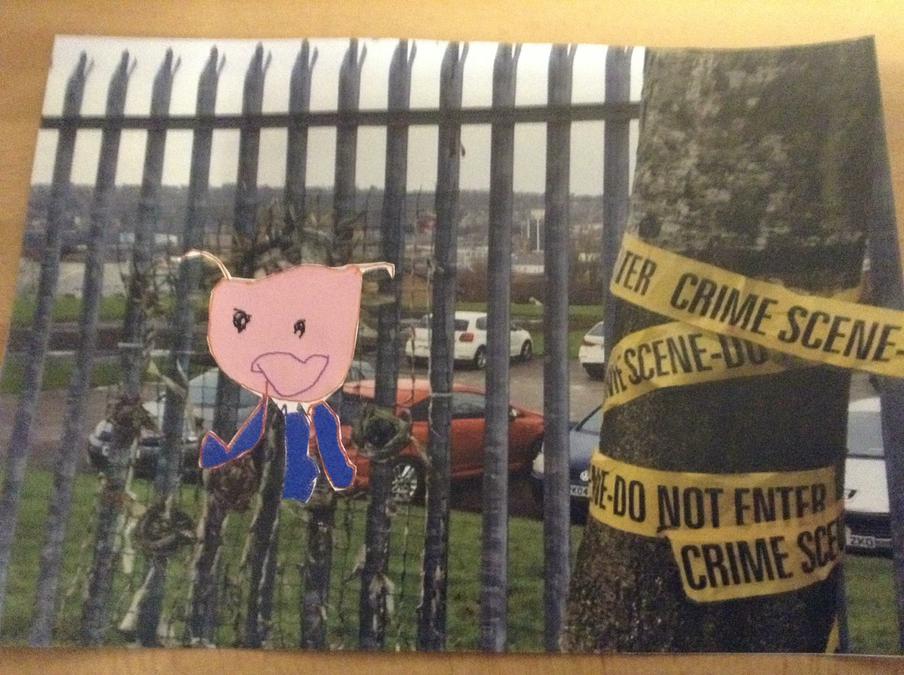 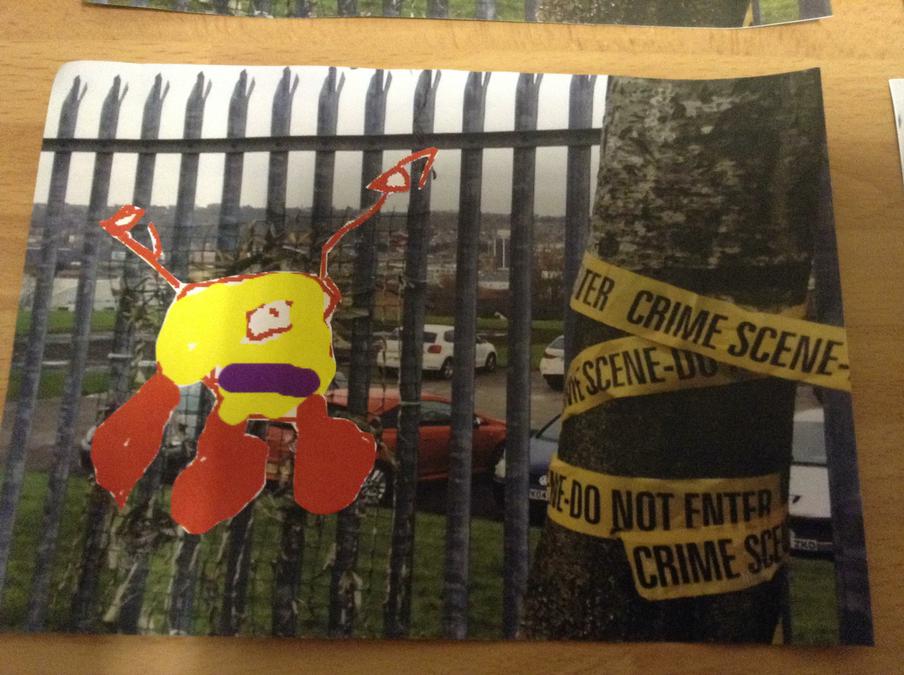 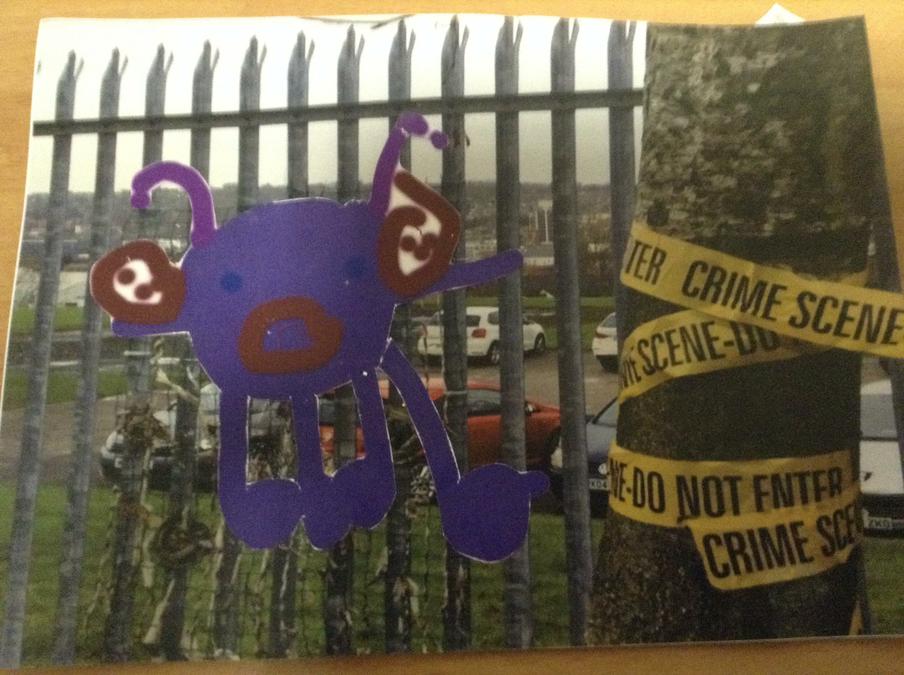 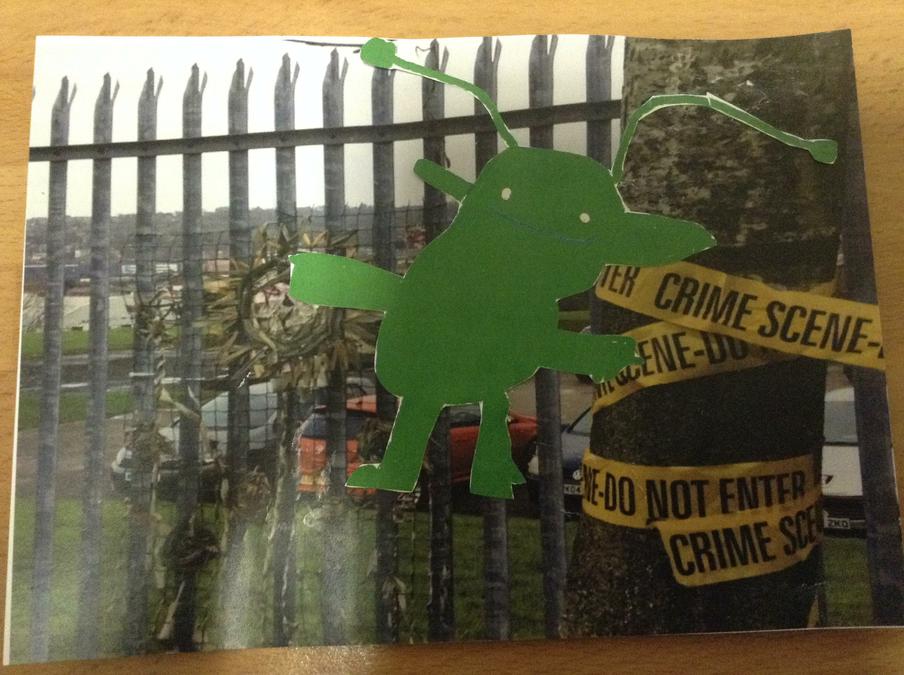 The children have created their own 'moon surface' for our rocket to land on.

We got very messy using  mod-roc  and then painted the surface with glitter and glue. 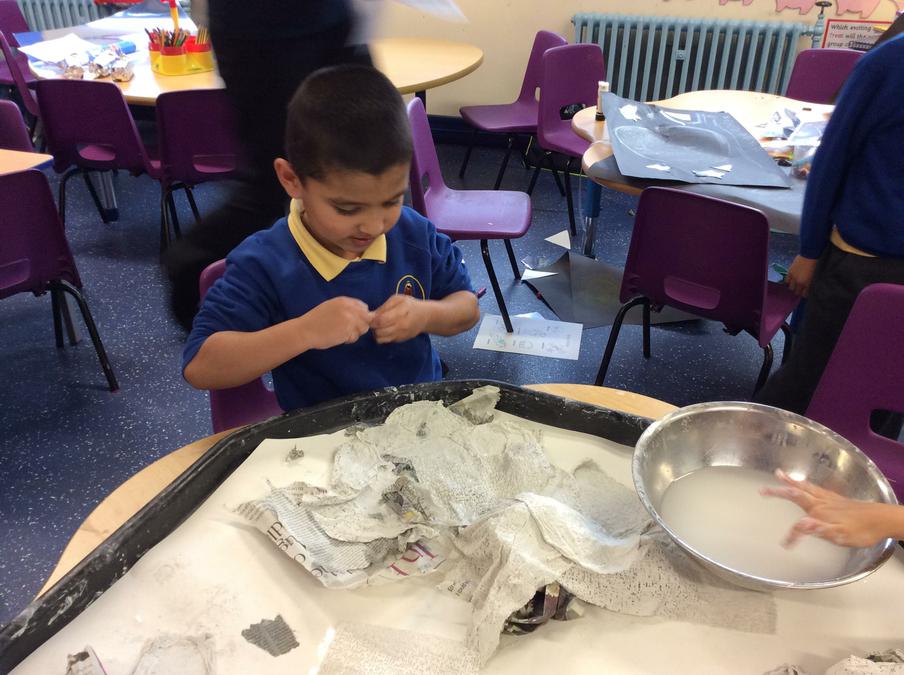 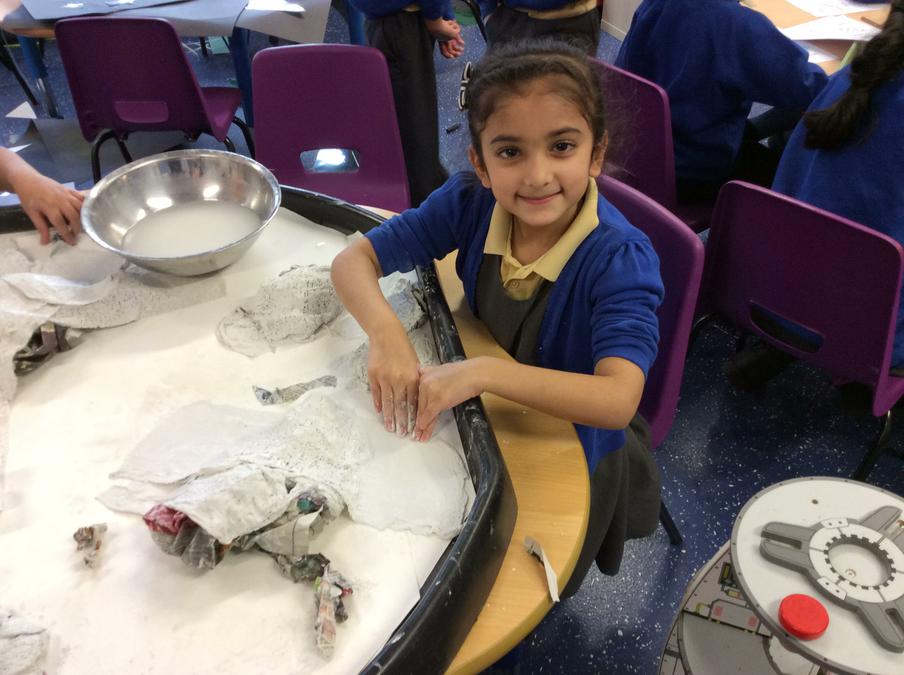 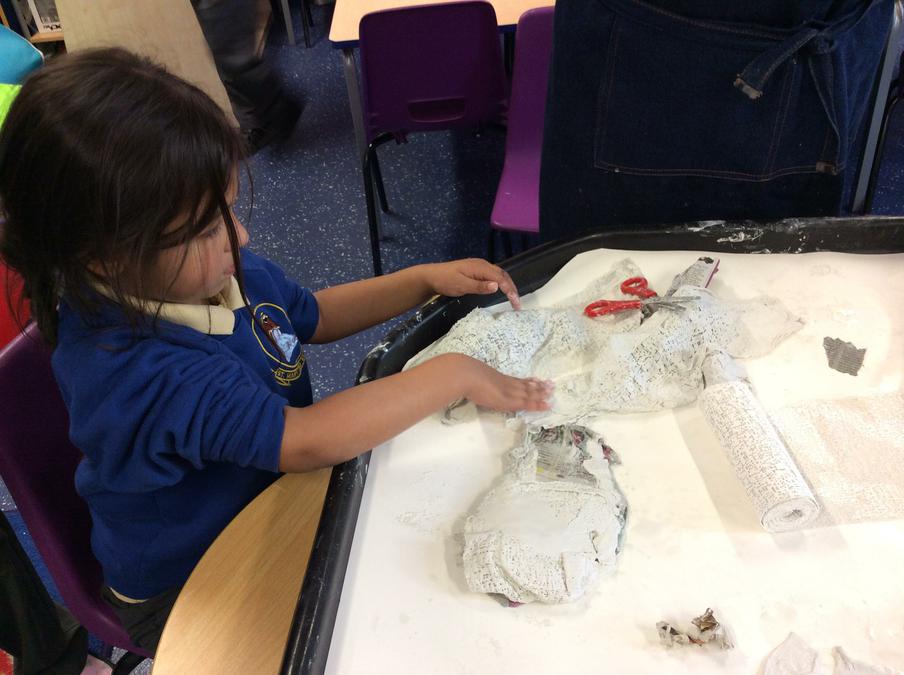 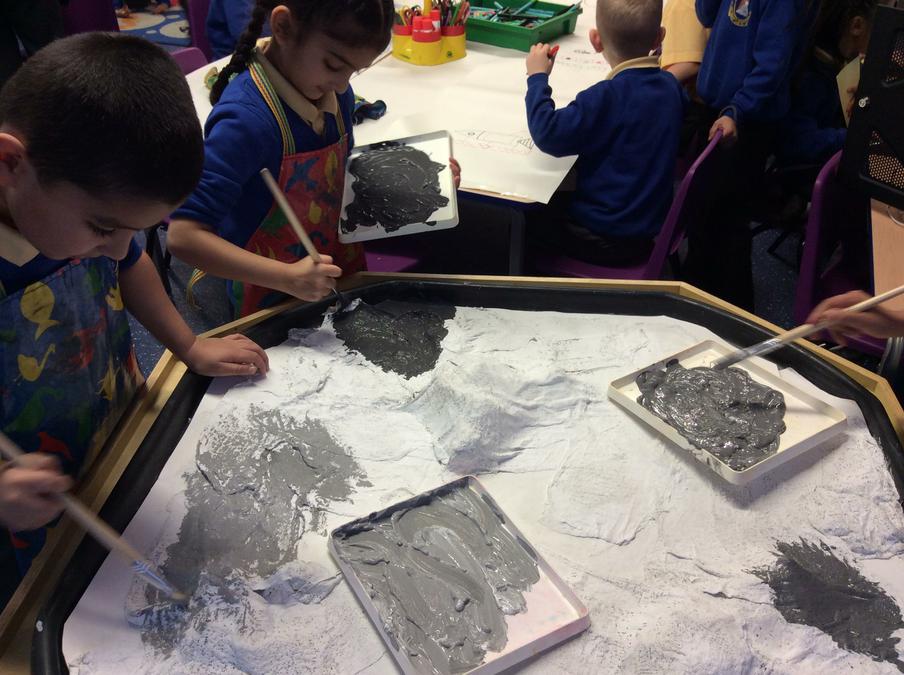 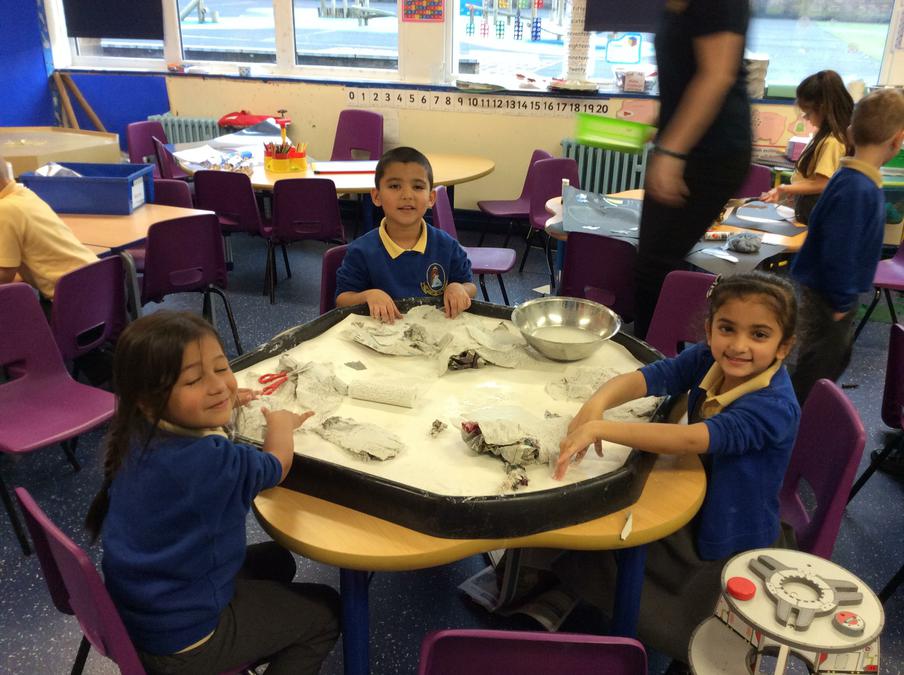 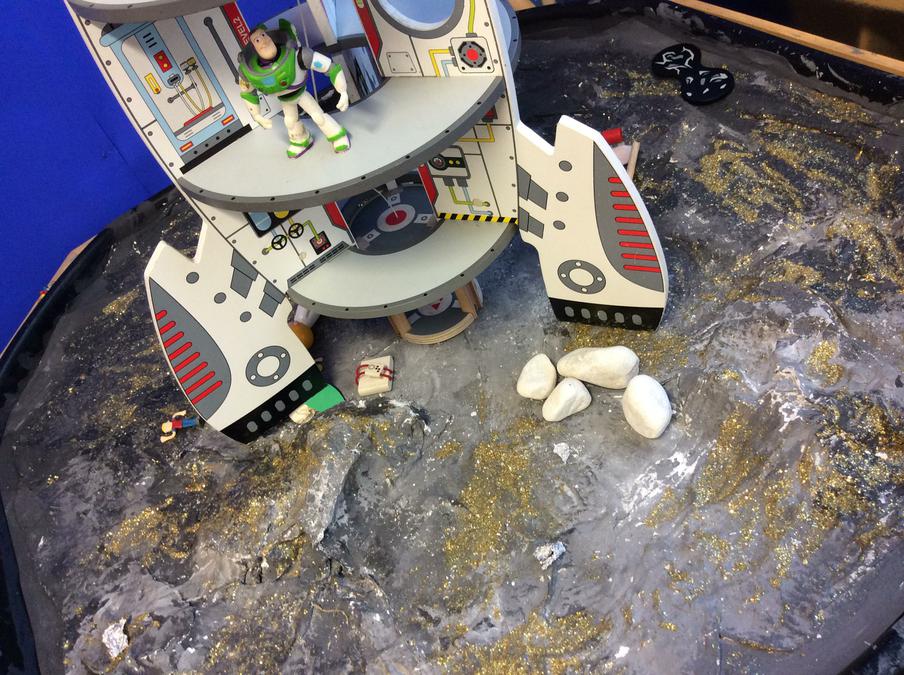 Look at the amazing 'Galaxy' that Kian created using playdoh! 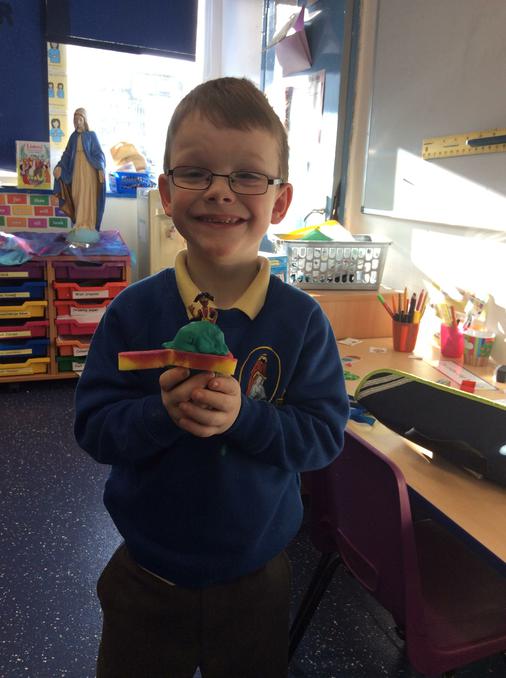