Year One got a big surprise when they got a call from Mrs Bolton in the office asking if the class could investigate a strange collection of objects on the infant playground. A sudden appearance of debris was spotted on the CCTV cameras. What could it be? 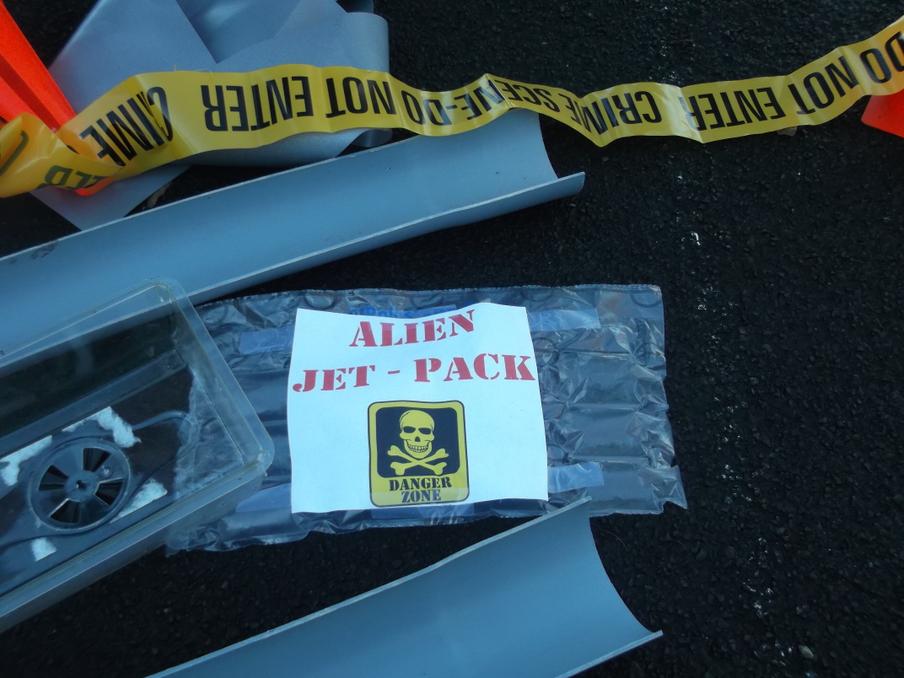 Green fur, an alien jet pack and a green glittery trail of slime ! 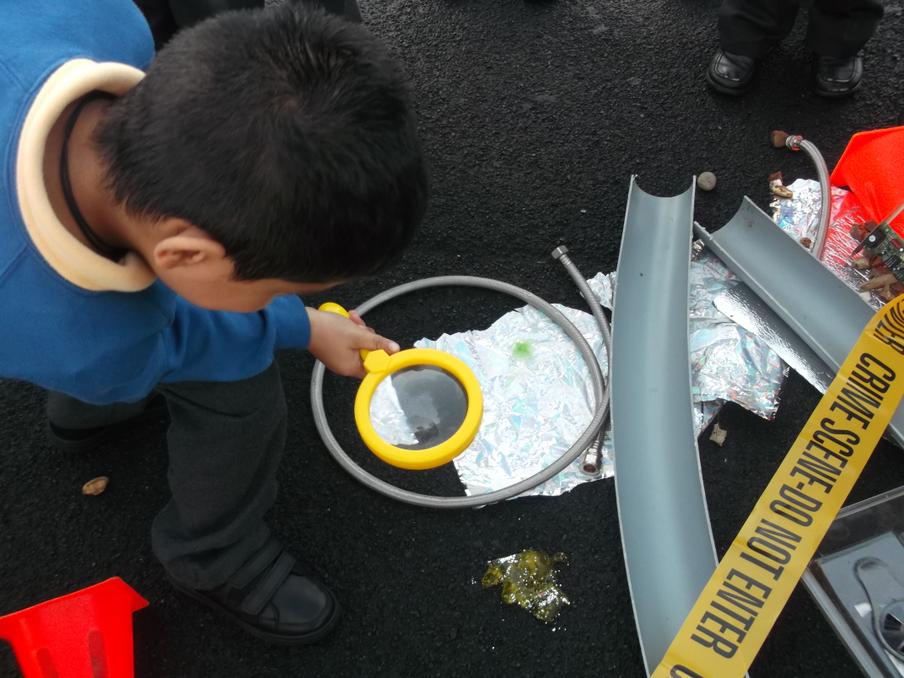 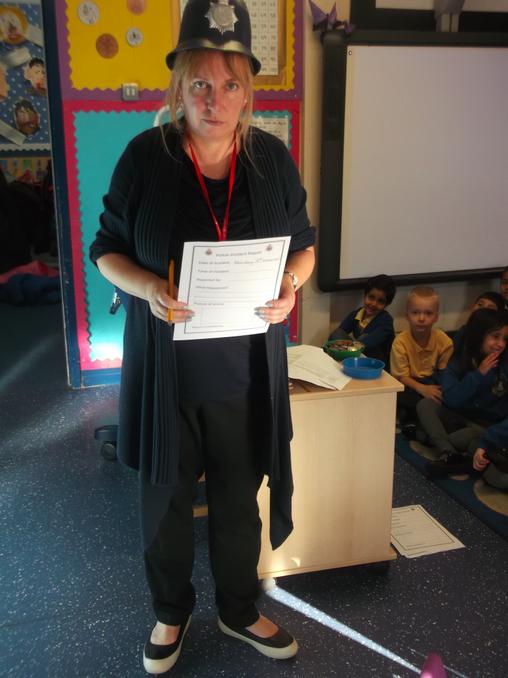 Year One had a visit from PC Ramsden who was investigating the crime and wrote 'WANTED' posters to try to find a suspect. Mrs Mayet had seen a 'flash of green' running towards the car park - could it really be an alien?